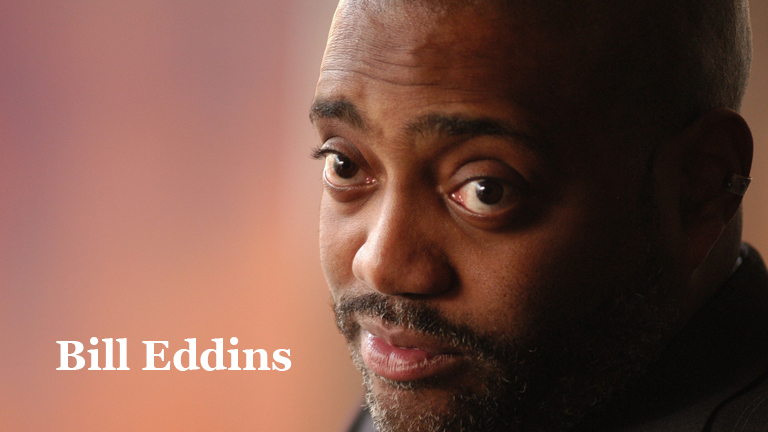 Well, it’s happened. You’ve squandered another perfectly good practice session by reading this blog. The good news is that it’s the last time you’re going to be able to blame me for missing that F sharp 9 diminished arpeggio, because we’re shutting down Sticks&Drones. The bad news is that the music in front of you has still got to be learned, and now you have one fewer excuse to get it done.

Despite our best efforts I’m really wondering if S&D had any kind of impact on the profession that we love. Looking across the landscape there is … well, the usual madness. Strange disputes in Fort Worth, Grand Rapids, and Hartford that are based on the usual touchpoints – lack of vision, trust, and money – tho’ the last is a direct consequence of the first two. Meanwhile, the juggernauts keep on juggernauting, oblivious to what is actually happening in classical music, the non-profit equivalent of “too big to fail.” There are a few bright spots, and I’m delighted that The Minnesota Orchestra is one. It is possible that they might forge a different path worth emulating. (Although I recently did set foot in that monstrosity of a new foyer that untold millions was wasted on. Ugh.)

But all and all not much has changed, which leads me to the inevitable conclusion that it’s not the business that needs changing, it’s the people. The problems in Hartford, Grand Rapids, and Fort Worth wouldn’t happen with the proper leadership on all sides, and that includes Board, Administration, and Musicians. This is hard to come by, as shown by the very public disaster at Carnegie Hall last year. Having two outta three doesn’t cut it. On the flip side of that coin is the aforementioned Minnesota Orchestra, where leadership in all three departments has led to an astonishing turnaround. Did the model change in Minnesota? Sure, but not as much as the people did.

Strangely enough, that’s not what I want to focus on in this last blog. I thought of including a list of “Bill’s Favorite Blogs” but, seriously, that’s way too self-aggrandizing. So instead I want to muse about greatness, and what it means to be “great.”

There is a general consensus among musicians that the most overused word in our business is “masterpiece.” It’s flung around like rice at an Italian wedding, so much so that any piece that a person likes can be dubbed a “masterpiece.” Likewise its cousin “maestro.” There should be some basic rules about the use of that word – 1) the person it is meant to refer to must be over 50 years old, preferably over 60; and 2) said person must actually have done something. Just having a long enough career to fulfill the age requirement is not enough. But the word “great” is the most abused of them all. Everything is “great” now, which means everything is average now, which of course leads to a discussion of Adele, David Bowie, Kurt Masur, and the space shuttle Atlantis.

This is the formula that adorns the kitsch I bought at the Kennedy Space Center last weekend, right after visiting Atlantis – Nerds like me will recognize that it says “B [greater than] Average.” Now, take a good look at the cultural landscape around you. Can you imagine the Kardashians or Jersey Shore forty years ago when the Saturn V ruled the skies? Likewise the Bieb, Lady Gaga, or…. it must be said, many of the young, cute things who populate classical music these days? The social media meme that states “stop making stupid people famous” has never been more appropriate. Back in the day you had to actually work to be famous. Said work meant spending long periods of time learning, usually at the side of someone who knew much more than you, observing, questioning, then finally slowly building up a career on your own. This could take years, decades, but it was so worth it. One of my favorite photos in Barenboim’s A Life in Music shows him, the quintessential child prodigy, in a conducting class with everyone else under the watchful gaze of Nadia Boulanger. Let me tell you, those short shorts he’s wearing are stylin’!

Now, though, if you got too much cellulite on the back end, or a video of you doing something that should send you to the hospital… voila!, you’re famous! The bar has been lowered so far that it’s nigh unto impossible to separate the wheat from the chaff. I would love to blame Obama but I’m not going to do that. Instead, I’m going to blame MTV and the internet. Oh, and the end of music education.

Last week, when the “popular” music entertainment news was equally split between Adele and David Bowie, I had the audacity of pointing out on social media that there is a difference between “popular” and great.” David Bowie = Great. Adele = Popular. Boy was I roasted! The very idea of not genuflecting at the altar of the New Goddess was blasphemy of the highest order! Funny enough, I actually like Adele, and by that I mean that I love her personality. If you haven’t seen the hilarious video of her impersonating herself it is definitely worth six minutes of your life. She’s sooooooooo Brit-aish! When it comes to her singing, well… there’s a reason she’s had vocal issues. Anyone who has worked as a vocal coach (including yours truly) can tell you why – she’s been gifted with a fabulous instrument, but every time she “emotes” it’s like fingernails on a chalkboard. I can hear the strain, can’t you? I want to sit down with her, have a beer, and tell her to: 1) get a good vocal coach; and 2) fire her producer (sweet jeebus, that’s the most overproduced album I’ve heard since ABBA broke up).

Then there are the basic career facts. Just as a comparison, by the time Bowie was 25 he had put out Space Oddity, Hunky Dory, and The Rise and Fall of Ziggy Stardust and the Spiders From Mars (the genius of that album demands its full title), plus created and discarded the personas that inhabited those albums. In the next 6 years he would give us Aladdin Sane, Station to Station, Diamond Dogs, Young Americans, Low, and Heroes, a collection of albums that spanned multiple genres, moods, and personalities. But that’s not all – he also was a leader in fashion, gender fluidity, politics, art, and acting. (Those are five different links, people, so have fun clicking away.) By the way, did you know that in the late 60s he studied mime technique with Marcel Marceau? When I pointed out the career disparity a good friend, who’s usually an extremely astute person, replied –

I would not describe myself as an Adele fan, per se (I can maybe name three of her songs), but if the threshold for putting yourself out there is Bowie, then the argument is only the truly exceptional should try.

And, unfortunately, my brother from another mother completely missed my point. I don’t doubt for one splintered second that no matter how 99.999999999% of us try we will never get close to accomplishing what David Bowie did in his 69 years on this earth. My argument is that just because someone has made it professionally, that in itself does not make one “great.” Adele has potential, if for no other reason than she has been blessed with a great voice (which I desperately hope she learns how to use correctly), she’s actually extremely modest and down to earth, and through her popularity she might grow into an artist who has a sniffer’s chance of achieving greatness. But to call her “great” at this stage in her professional career – no. Absolutely positively 100% no.

Same in classical music. The jet-set photogenica have been portrayed as the saviors of classical music for the last 30+ years. “Hey, that kid has astounding technique on his/her/its instrument and/or can wave their arms around without falling off the podium, and is really easy on the eyes, so he/she/it should be our next Music Director/Principal Soloist! Let’s please ignore the fact that he/she/it isn’t old enough to drive in most states!” Plaster their face over your PR and make sure they have a frequent flyer number, and Lo’ and Behold, you have the next great thing! Best of all, they will save classical music! (… Again…… oh, and please ignore the fact that this kid couldn’t conduct Brahms to save his/her/its life.)

I posit that the worst thing that has happened to classical music is that it is no longer taught in the scholastic system. I’m not talking so much about people playing instruments, mind, I’m talking about basic music appreciation. There used to be a standard, an understanding gleaned from courses like M.A., that there is a difference between “popular” and “great,” and that there is a damn good reason why some people are eventually called “great” and most are not, “popular” though they be. I mean, are you going to call ABBA great? Are you?

Unfortunately, these two words have been conflated in the popular mind, mainly because critical thinking has become a pejorative and American Idol is the new standard. Because of that the road to “greatness” is too easy to traverse. In 2016 it’s so easy to become popular that all you have to do is go viral on youtube and voila!, you’re great! Sell a million albums and voila!, you’re great! Win a conducting/violin competition and voila! Get signed to management and voila! Be a finalist on whatever TV show and voila! Multiple generations have now grown up without any exposure to understanding the difference between artistic quality and artistic quantity, and this has coincided with the advent of the whole American Idol movement, something which actively works against artistic creativity and in favor of bland cultural homogeneity. I mean, how many melismatically challenged renditions of anything can a person stand? Evidently quite a few, because American Idol has lasted 15 long, godawful years.

The threshold should be higher. The threshold for using the word “great” and the word “masterpiece” and the title “maestro” should be a David Bowie-esque/Kurt Masur-ish astounding genius that is capable of actually changing the art form. That is “great.” No, the vast majority of us will never come close to that level. No, the vast majority of the famous and popular won’t either. This spills over into classical music, where some 22 year old wunderkind member of the jet-set photogenica can be given an orchestra to conduct Brahms (because he’s the next great thing!) in such a way that would have rightly enraged Kurt Masur. Masur, back in the day, would have had that 22 year old for lunch, something I know from personal experience.

Those of us who populate the arts must start another artistic revolution. We must dare to not apologize for true greatness, and to make damn sure that the threshold is maintained. We need to look at ourselves and at the culture that surrounds us with a more jaundiced eye, and push hard for the inclusion of the arts at every level of education. We must resist the urge of the next new thing. We must be willing to program all Beethoven concerts because it is great music. We must insist that “popular” and “great” are two different words that mean two different things. We must –

Because that’s our damn job.

Thanks for listening. Now go practice.